The Dundee edition of Monopoly featuring a range of the city’s landmarks has been launched.

The City of Discovery was chosen over ten other towns and cities, including Perth and Stirling, to be awarded its own version of the best-selling board game.

Dundonians were asked to suggest which landmarks should be included on the board.

The new version of the game sees Discovery Point take the top ‘Mayfair’ location, just pipping The Waterfront to land the leading spot.

Football clubs Dundee and Dundee United also take spots side by side on the board. 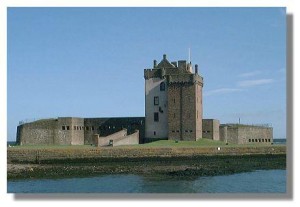 Landmark Broughty Castle takes the Angel, Islington spot from the original London board.

One of the tweaked playing cards in the new game is a Chance card which says: “You plan to meet your friends at the Desperate Dan statue but turn up late and you are fined.”

Another reads: “It’s your birthday. You have won a lunch date with Lorraine Kelly!”

Dundee Airport swaps places with King’s Cross Station and the three other London train stations also have a travel theme.

Dundee is the fifth Scottish area to get its own official Monopoly version, after Edinburgh, Glasgow, Aberdeen and the Highlands & Islands.