Edinburgh University among top 30 in the world

Edinburgh University has vaulted into the top 30 of the best universities in the world. 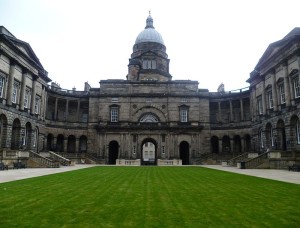 versity has climbed from 46th place to 29th in the latest Times Higher Education Reputation Rankings and is the only Scottish institution in the list.

“Our rise in these rankings is not only great news for the university but also for Scotland,” principal and vice-chancellor Professor Sir Timothy O’Shea said.

“It is a tribute to the quality of our staff and students and confirms the University of Edinburgh as one of the world’s leading research and teaching establishments.”

The results show that for the fifth year in a row there is an elite group of six US and UK “super brands”.

Harvard took first place again this year, followed by Cambridge which has moved to second from fourth, and Oxford, which has risen from fifth to third.

Christmas issue of The Saltire

RAF farewells Leuchars base after 95 years