A few years ago, the Saint Andrew Society of Western Australia set about modernising its website, as well as the fliers we send out advertising our events and our social media. A key part of that process was finding some attractive artwork. The art needed to be Scottish, modern, colourful and preferably convey energy and excitement!

It did not take long for the search to lead to Janet McCrorie!

Janet is a Scottish artist, with a studio in her home in East Lothian. She was an arts & crafts teacher in Scotland for many years before deciding to focus on her own work. After spending a number of years studying with the Open College of Arts and at Leith College of Art, she is now a full time artist. She has developed a unique style, specialising in portraying dance movement, particularly in Scottish Country Dancing.

Janet’s successful use of vibrant colour and blurred lines to convey the exuberant movement of tartan clad Scottish Country dancers has made her artwork extremely sought after, both at home and abroad.

In 2018 we wrote to Janet and asked her if we could use some of her art on some new banners we were having printed as well as on our website, and she very kindly said yes.

This page is by way of a thank-you to Janet and it would be nice to think that it might result in some of her art making its way to Western Australia. She can produce commissions based on your own photographs if asked! 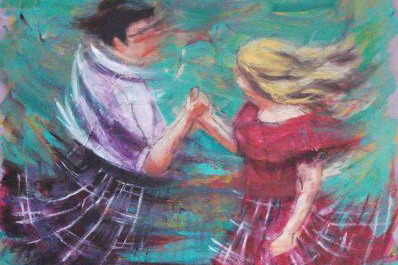 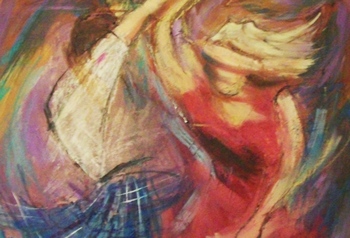 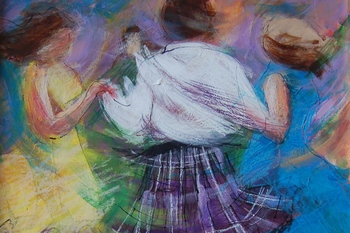 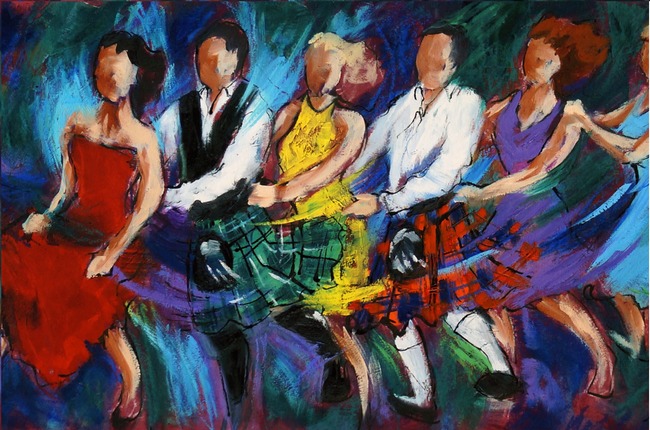 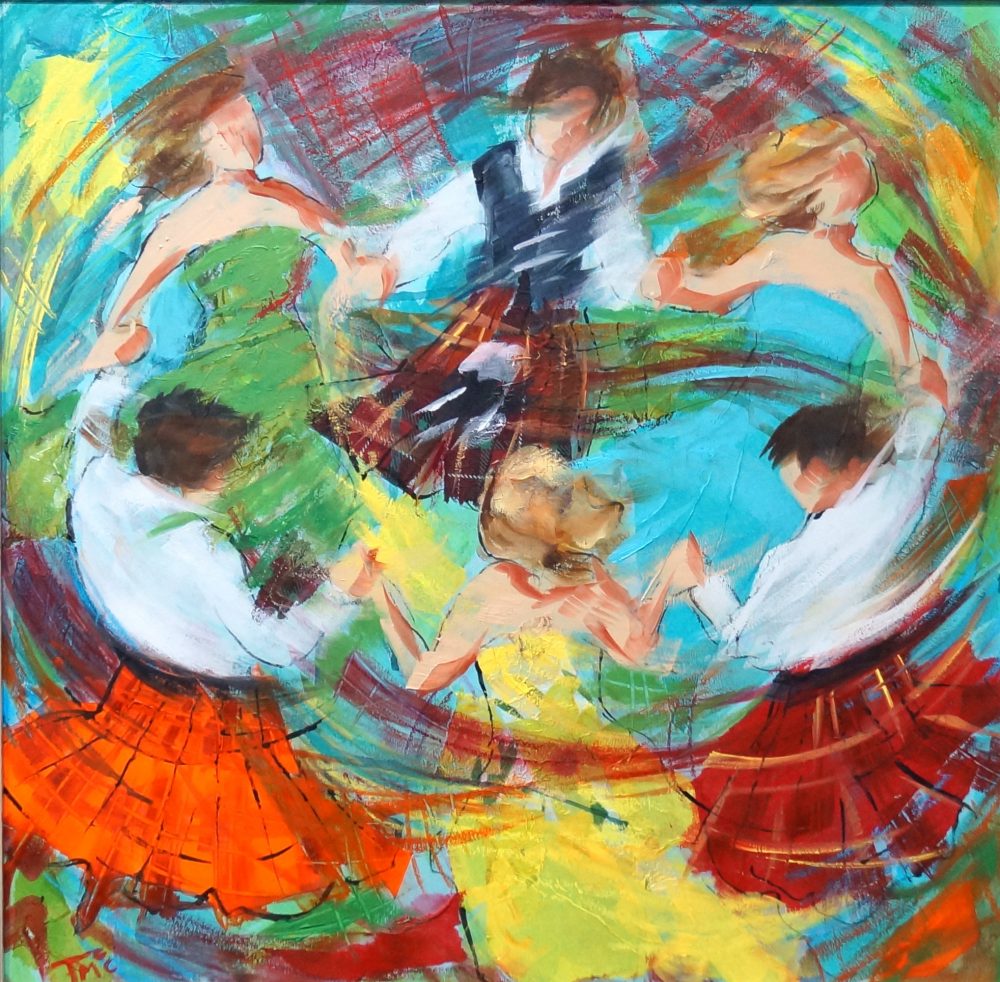 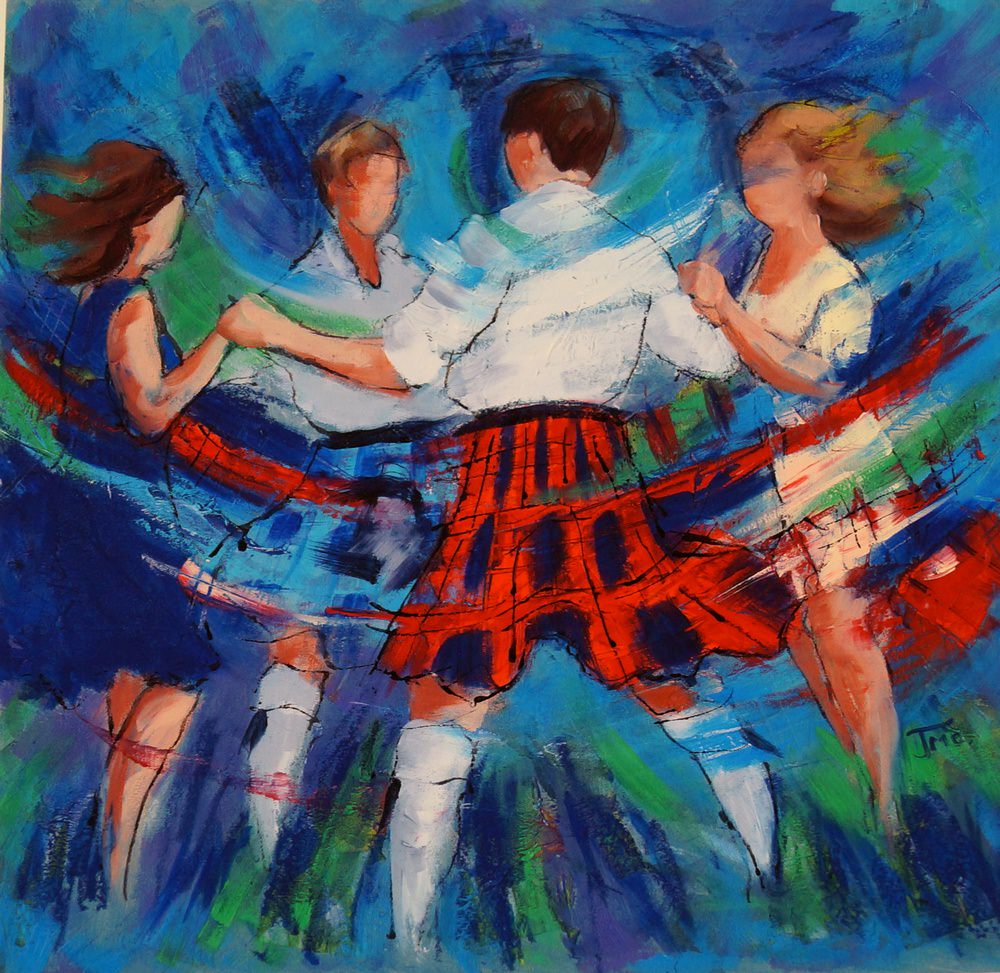 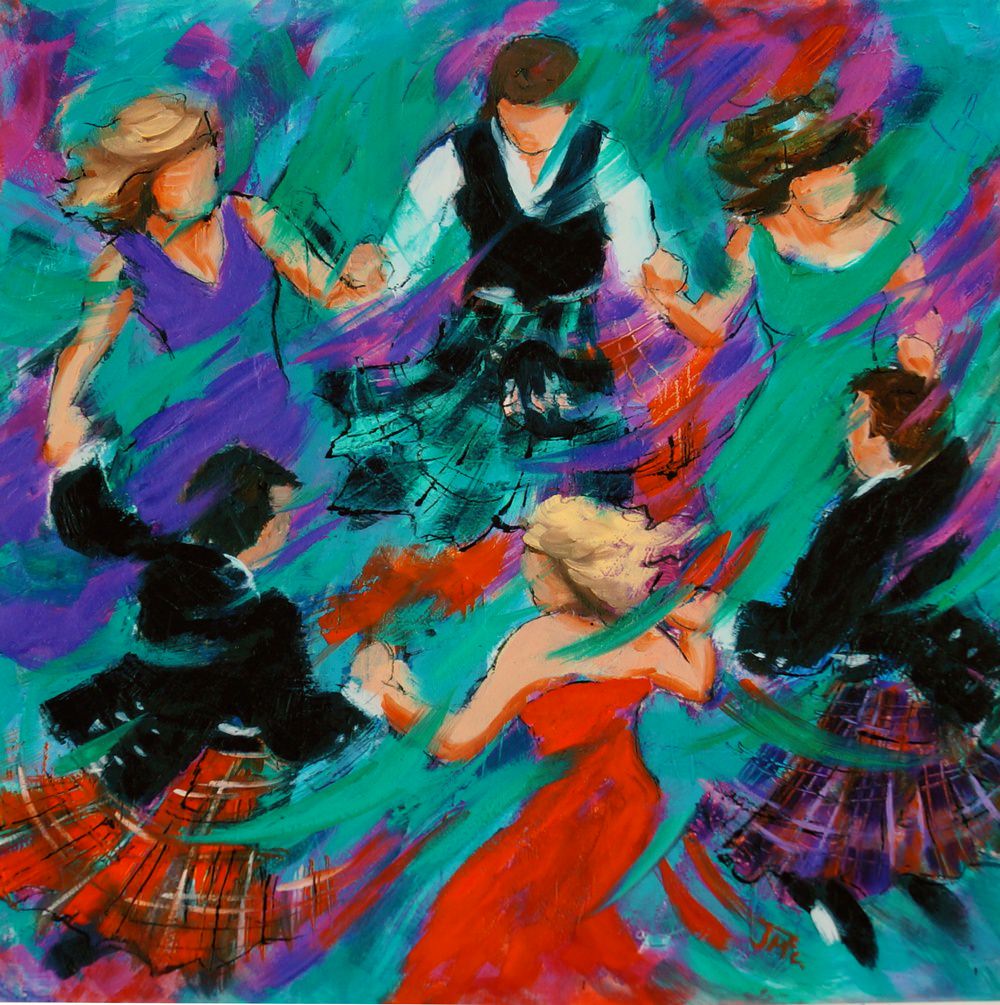 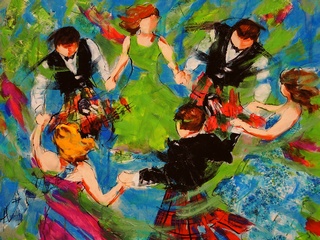