Most expensive street in Edinburgh

Edinburgh is home to 13 of Scotland’s 20 most expensive streets.

The priciest homes are in Dick Place, in the Grange area of the city, where the average property costs £1.5m. 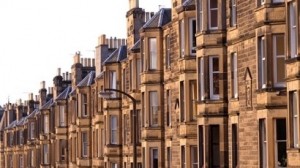 Aberdeen is another centre for costly homes, with Scotland’s second and third most expensive streets.

They are Rubislaw Den South and Rubislaw Den North, where homes cost an average £1.19m, while two other streets from the city are in 19th and 20th place.

The Glasgow area has two streets in the top 20, though both are under the £1m mark, according to Bank of Scotland research.

Outside Scotland’s three major cities, the most expensive homes are on Queens Crescent in Auchterarder, Perthshire, where the average property on the street costs £1.18m, putting it in fifth place.

The house price data in the report is compiled by the Registers of Scotland based on all postcodes in Scotland.